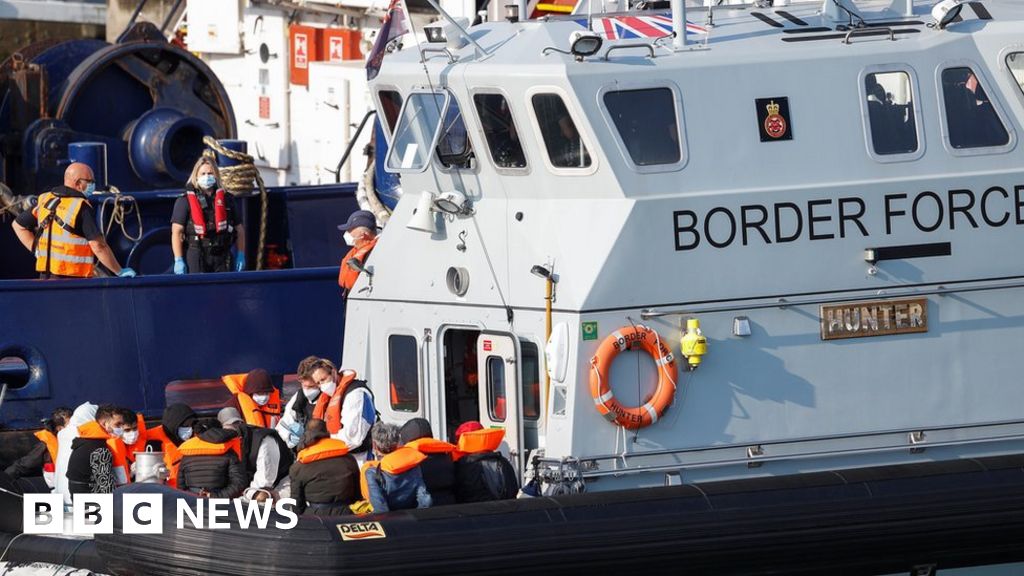 The UK and France are working on new proposals to stop migrants from crossing the English Channel, the immigration minister has said.

Chris Philp said he had discussed a number of new measures in talks with French officials in Paris.

He added the UK was prepared to support the plan financially, but it was too early to make commitments.

More than 4,000 people have successfully crossed the Channel on small boats so far this year.

Speaking after the talks, Mr Philp said the UK and France had expressed a “shared commitment” to make the Channel crossing “unviable”.

He added that the UK’s new Clandestine Channel Threat Commander, Dan O’Mahoney, would hold further talks in France next week.

The Ministry of Defence said on Monday it had sent an RAF Atlas transport aircraft to help Border Force spot small boats trying to cross the Channel.

The Home Office had asked defence chiefs for help to deal with migrants making the crossing. More than 600 people have been intercepted since Thursday.

Mr Philp said French authorities had intercepted over a thousand people this year, but the number making the journey was “completely unacceptable”.

He said a new “comprehensive action plan” would aim to make sure migrants would “have no reason at all to come to France in the first place”.

“We have worked on a joint operational plan with the objective in mind of completely cutting this route, and we’re going to be working at pace in the coming days to make that plan a reality.”

Asked for details of the plan, he said he would not discuss “operational” matters yet, but “a number of measures, some of them new” were being discussed.

He said the UK and France would be “working at pace in the coming days to make that plan a reality”.