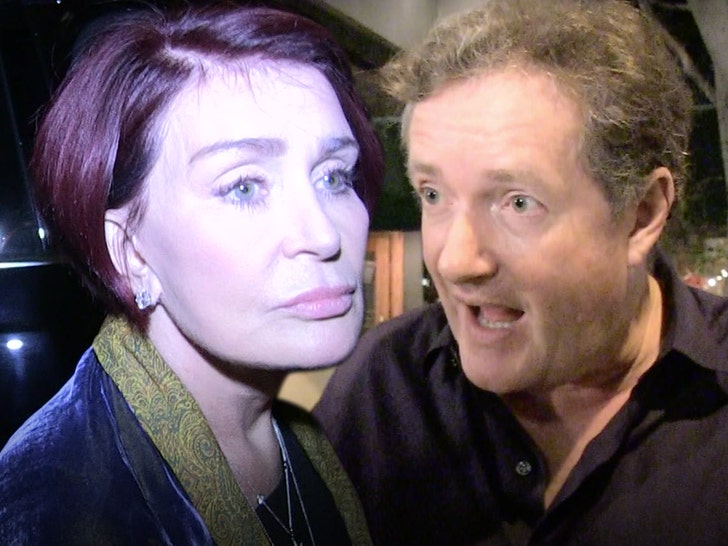 Piers Morgan‘s fuming after claiming his friend, Sharon Osbourne, was shamed into making an apology for defending him … and now he wants her ‘Talk’ cohorts to say sorry to him!

The ex-“Good Morning Britain” host said early Friday morning he can’t believe “this is where we’ve reached” after Sharon posted a lengthy apology Thursday night for the on-air spat she had with her cohosts.

If ya missed it, Sharon went to bat for Piers against claims his criticism of Meghan Markle was rooted in racism.

In her mea culpa, Sharon said, “To anyone of color that I offended and/or to anyone that feels confused or let down by what I said, I am truly sorry. I panicked, felt blindsided, got defensive & allowed my fear & horror of being accused of being racist take over.”

She added she doesn’t condone racism, misogyny or bullying, and … “There are very few things that hurt my heart more than racism so to feel associated with that spun me fast!!”

Piers, however, is adamant Sharon herself got bullied into posting that apology, and stood up for himself … insisting that just because he “doesn’t believe Meghan Markle’s bulls**t” … that doesn’t make him a racist.

He added, “I demand an apology from those @TheTalkCBS bullies for their disgraceful slurs against ME.”

Round and round we go.