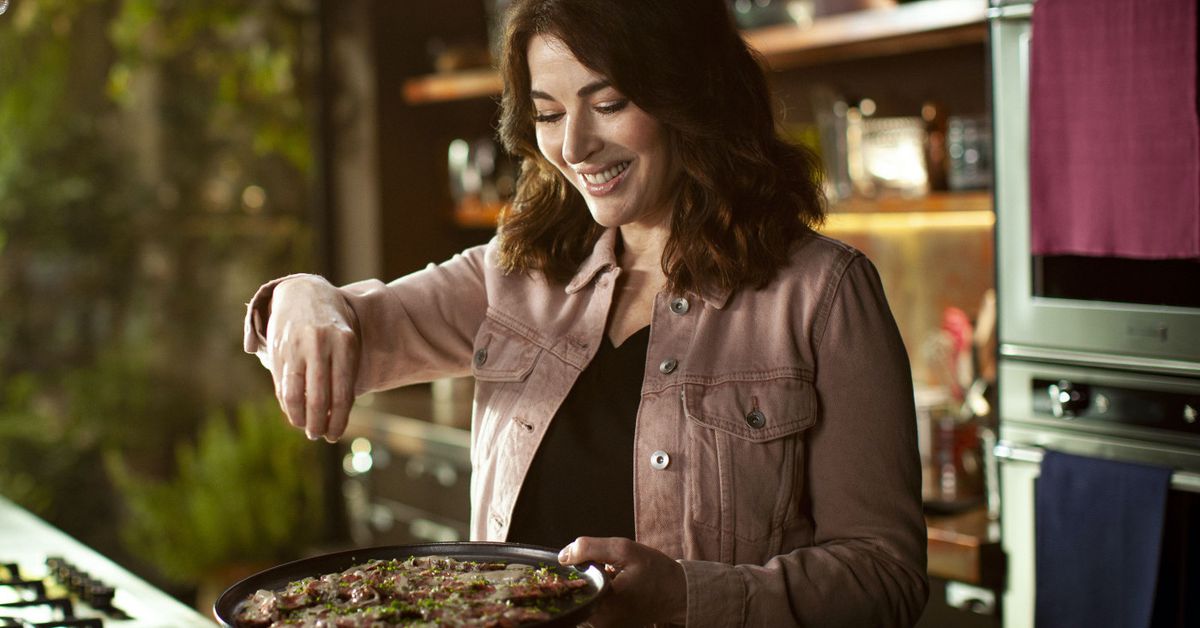 TV chef and author Nigella Lawson has pleaded with the internet to draw a line under the debate over how she pronounces the word microwave.

On Monday evening, in the fifth episode of her new hit TV show Eat, Cook, Repeat, the chef was running through the cooking process for brown butter colcannon.

Before adding milk to boiled potatoes, in her inimitable, captivating way, Lawson uttered the following words:

“…milk, full fat, which I’ve warmed in the mee-kro-whaav-é.”

Cue internet meltdown: “Is that how it’s supposed to be pronounced?” “Have I been wrong, all this time?” “Is that how Nigella actually pronounces microwave?” “What. Is. Going. On?”

And because it’s Nigella, there was some stanning — viral pledges to henceforth only refer to the microwave as the mee-kro-whaav-é. Because, in truth, it definitely sounds better. Especially when delivered with the Lawson quarter smirk.

But, Lawson has had enough of the debate.

Did she mean it?

Does she not how it’s pronounced?!

“I do say it like that, but not because I think that’s how it’s actually pronounced,” Lawson said last night, before adding this morning: “Can this be the end of it now?”