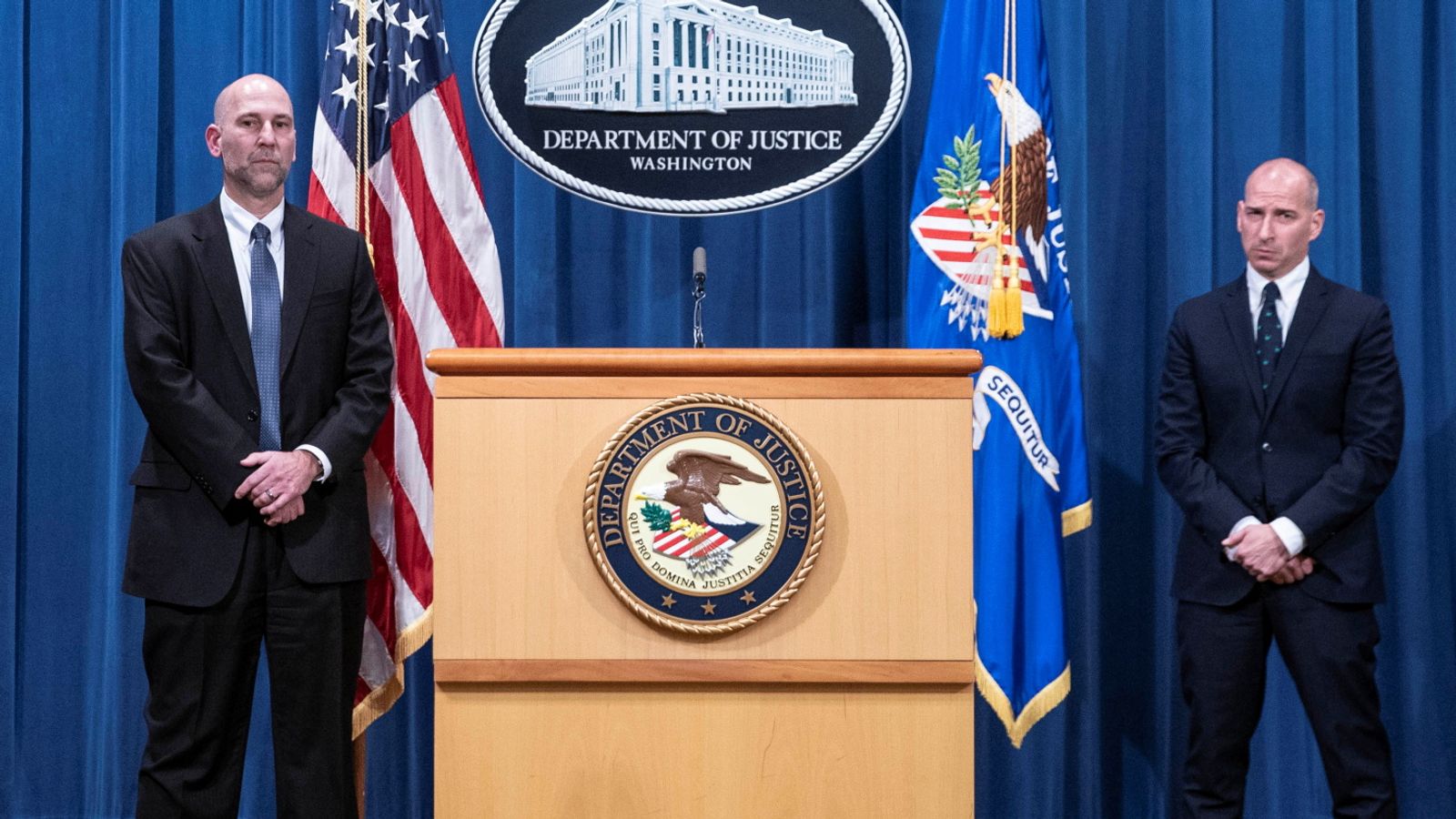 More than 170 individuals are being investigated over their involvement in last week’s riot at the US Capitol – and 70 have been charged.

The number of people who are charged over the deadly unrest is expected to rise into the hundreds.

Acting US attorney Michael Sherwin said: “The Capitol grounds outside and inside are… a crime scene.”

A counter-terrorism investigation has also been launched in connection with the two pipe bombs found outside the headquarters of the Democratic and Republic parties.

While many of the criminal cases filed so far involve people whose photos went viral on social media, Mr Sherwin warned more serious charges are coming – and a grand jury has been reviewing the cases.

The news conference took place as Donald Trump gave a speech in Texas.

More from Us Capitol Riots

Steven D’Antuono, a senior FBI official, also revealed that the bureau has received 100,000 video and picture tips since last Wednesday.

He also confirmed reporting from The Washington Post that there was intelligence about potential violence ahead of the riots.

Mr Sherwin added: “I think the scope and scale of this investigation and these cases are really unprecedented, not only in FBI history, but probably DOJ history.”

He went on to say that the crimes people are being charged with at this point – like theft and violent entry – are just precursors to more serious cases that will take longer to gather evidence for.