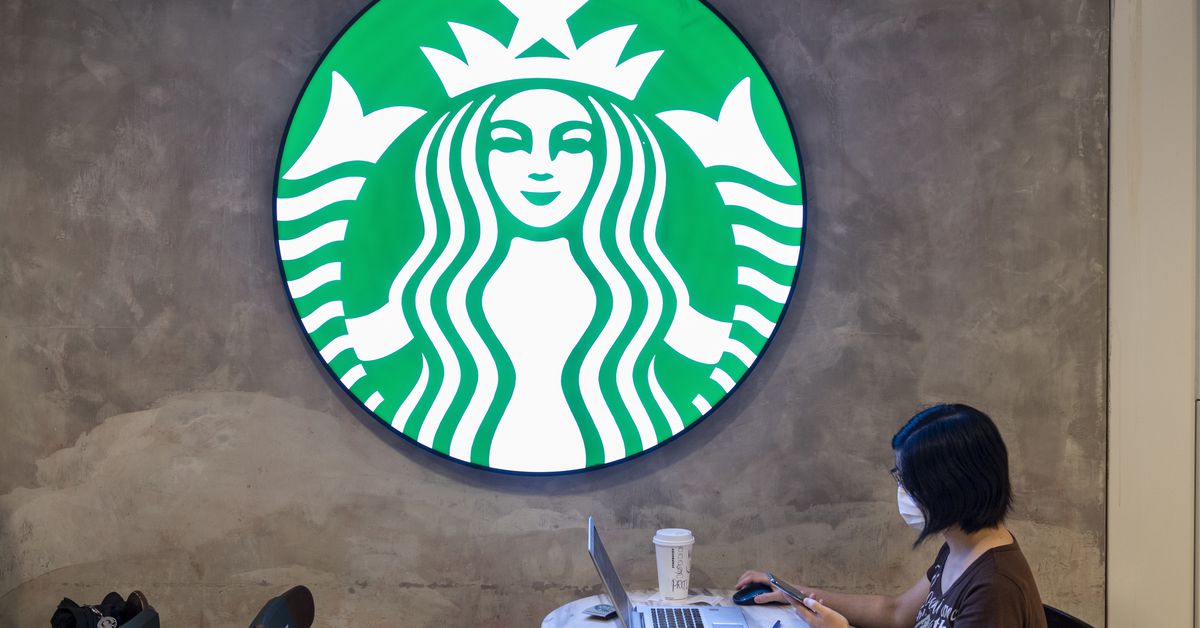 In hard times, it’s nice to recognize and rally around our true leaders: Big Macs, burrito bowls, and Frappuccinos.

In the U.S., wearing a mask in public has become a political debate, even though we are clearly a country in the midst of an intense health crisis. Coronavirus deaths have surpassed 150,000 and some states are reporting larger outbreaks than many countries around the world. While much about the virus is still unknown, mounting evidence supports that it spreads easiest through indoor airborne transmission. We do know that masks can significantly reduce the likelihood of an infected person spreading the virus to others. Yet President Donald Trump and the federal government have refused to institute a law, issue guidance, or even recommend we wear masks, instead pushing the decision off on state and local leaders. When Starbucks rolled out its mask rule, coffee news site Sprudge called the policy “the closest thing we have to a national mandate” during an escalating crisis.

Chain restaurants have stepped up to do what the federal government won’t: issue sweeping directives aimed to protect the safety of guests and employees.

From the beginning of the pandemic, large restaurant companies have been vocal about the steps they’re taking to ensure diner and employee safety. Most require employees to wear masks at work. Many have added protective barriers between employee and guest. Some have even designated a staff member to spend a shift sanitizing shared surfaces (though the effectiveness of constant cleaning is dubious), or one to greet guests and explain new changes and requirements.

Standard operating procedures are a hallmark of the American chain. Procedures and rules, and handbooks full of decisions handed down from corporate HQ are largely already in place. Once a rule — like a mask requirement — is made in the corner office, disseminating it to stores should be easy, according to Jonathan Maze, editor-in-chief of Restaurant Business, an industry trade publication. “Honestly large chains should be pretty good at that by this particular point because they do it all the time,” he says.

Chipotle instituted its in-store mask policy on July 24. An internal document reviewed by Eater encourages staff to “approach the guest with an attitude of gratitude” and ask them to put on a mask. If they don’t, Chipotle staff should offer to help them place an order from outside the building using an order sheet or the Chipotle app. “Don’t touch the guest or their phone when providing ordering options,” it cautions.

But, Maze says, “The bigger question with it is what kind of policy do you have when people refuse masks? It’s a small number that do so but they can be extremely loud and cause some real problems. Restaurants are usually pretty reluctant to piss off any particular customer group.”

Chipotle’s guidance stops short of asking employees to turn guests away for failure to comply with the new rule. If other guests ask why unmasked guests are being served, employees are instructed to tell them that they haven’t been directed not to serve people without face coverings. Instead: “Don’t refuse service if the guest doesn’t mention a medical reason, doesn’t have a mask, or refuses to wear a mask. Find another way to help them.” Employees can’t comment on how a guest is wearing their mask, either. “If they’re attempting to wear a mask or other face covering, please welcome them into the restaurant.”

In July, McDonald’s paused the reopening of its dining rooms across the country, and last week, it extended the closures for another 30 days. But for customers who do want to order from a cashier — and for the relatively small percentage of McDonald’s restaurants with open, socially-distanced dining rooms — masks are mandatory. A company news release states, “In those situations where a customer declines to wear a face covering, we’ll put in place additional procedures to take care of them in a friendly, expedited way.” The release also notes that 82 percent of its restaurants are located in jurisdictions with indoor mask requirements already in place.

According to CNBC, McDonald’s workers will first ask customers to wear a mask. If they refuse, they’ll be taken “to a designated pickup spot at a safe distance from other customers, and the order will be expedited.” That’s one way to get fast food.

Restaurants aren’t the only businesses grappling with how to enforce policies intended to protect workers and guests. On Wednesday, the New York Times reported retailers from Lowes to Walmart are stopping short of preventing maskless customers from entering stores, citing concerns for employee safety, and with good cause. In mid-July, seven employees and three managers were assaulted at a Manhattan Trader Joe’s for asking two customers to don masks, per store policy, and news items about hospitality employees facing harassment and outright violence have become an almost daily occurrence.

Still, a chain’s publicized policy may be better than no policy at all, especially during a time when Americans are looking to literally anyone for standards and leadership. And for the unmasked and/or tech savvy, digital ordering, pickup, and delivery options have never been more popular or easy to use. In April, May, and June, almost 90 percent of Starbucks order volume came through the drive-thru or mobile order-and-pay, and delivery transactions tripled from earlier this year. At McDonald’s, 90 percent of sales during the same time period came from the drive-thru. Sales from digital orders tripled at Chipotle.

The good(ish) news is that surveys show that a vast majority of Americans do support mask usage, with a vocal few opposed. The bad news is that even though national mask policies exist, they still contain carve-outs for America’s exceptionalist attitude. One Chipotle worker from the southeastern U.S., who asked to remain anonymous, called the chain’s official policy “a joke,” saying that mask rules were enforced only against employees. “The general consensus is to make the customer feel like nothing is different in spite of local statutes,” they said, adding that their restaurant is often short-staffed due to illness or employee turnover. “It’s hard to tell the pro-MAGA open-carry guy that wants to engage over the mask policy to wear one.”

The freshest news from the food world every day

CDC: One in five people in U.S. has a sexually transmitted infection

Outdoor Dining Returns to San Francisco on Jan. 28 — But Curfew and Quarantine Rules Remain in Place