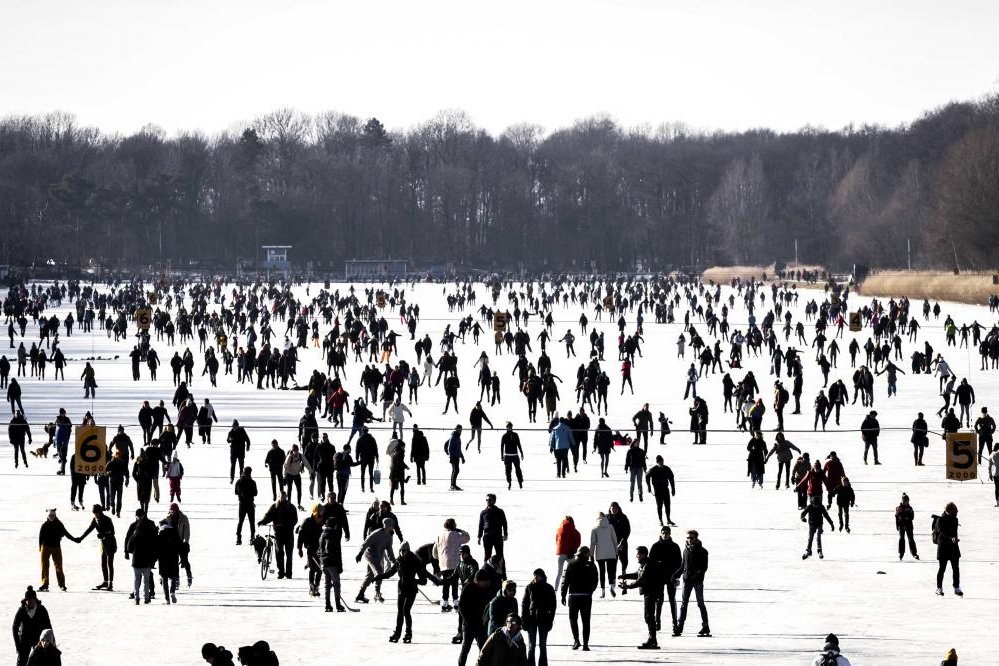 Feb. 13 (UPI) — Dutch authorities asked ice skaters to stick to their own neighborhoods and take safety precautions as a hard freeze brought enthusiasts out to canals across the Netherlands Saturday.

An Arctic blast hit northern Europe, creating favorable conditions for ice skating this week, but authorities have issued warnings to stick to local skating spots and to skate in small groups in order to prevent the spread of the novel coronavirus.

“Be wise, go well prepared on the ice,” municipality of Molenlanded tweeted, and the security region Brabant-Noord warned, “Celebrate carnival small, at home and online.”

Authorities also recommended individuals walk or bike to their favorite local skating spots and restricted traffic to ensure emergency vehicles would be able to transport people to hospitals.

In Amsterdam, dozens of people took to a small section of the historic Prinsengracht canal, which has not been used for skating in three years.

Hospitals said they’ve seen an influx in patients, most coming in with skating injuries.

In The Hague, firefighters had to help several skaters out of the Hofvijver, a pond in the center o the city, after ice melted and they fell through.

Health officials said they’re only able to accommodate the influx of injured patients because the number of coronavirus patients is down from its peak in late December.

“Due to the strict measures, the real peak in the hospitals is under control. That is why we can now handle this,” said David Baden of the Dutch Association of Emergency Medicine Doctors.