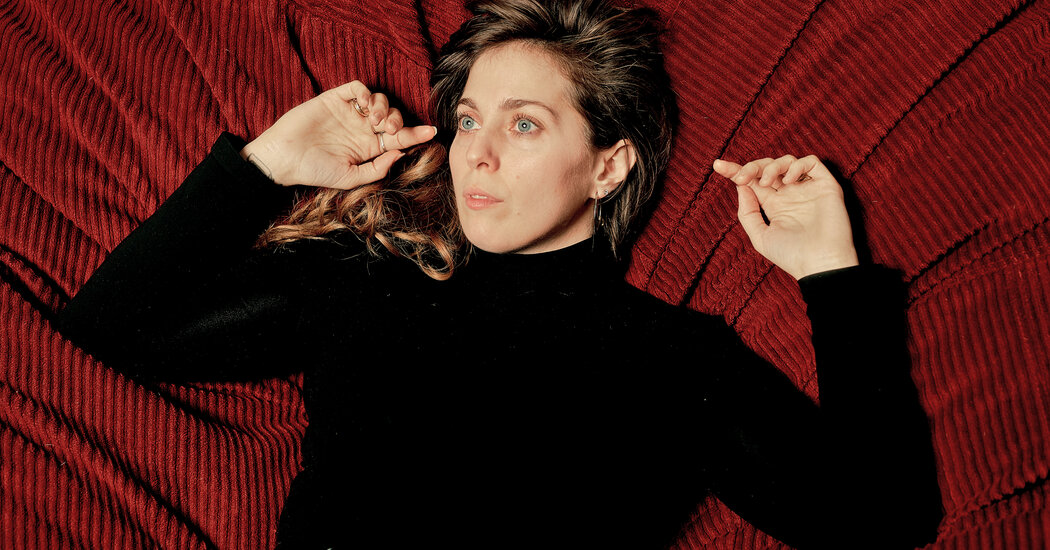 Every Friday, pop critics for The New York Times weigh in on the week’s most notable new songs and videos. Just want the music? Listen to the Playlist on Spotify here (or find our profile: nytimes). Like what you hear? Let us know at theplaylist@nytimes.com and sign up for our Louder newsletter, a once-a-week blast of our pop music coverage.

If you’ve been searching for a Christmas carol that addresses rampant consumerism, the climate crisis, and even the strange mass-tradition of cutting down oxygen-giving pine trees only to throw them in the trash after a few weeks — have U.S. Girls got a song for you! “With both poles melting and the seasons blending,” the frontwoman Meghan Remy sings, “hurry up, slow down.” What saves the song from being too grinchy, though, is its toe-tapping beat and catchy melody, carrying on the U.S. Girls tradition of writing sweet-sounding songs about bitter truths. LINDSAY ZOLADZ

“Ain’t A Lonely Christmas Song,” a festive offering from the hit songwriter and frequent Ariana Grande collaborator Tayla Parx, begins with humorous anti-sentimentality and Parx crooning, “I’m used to being at the family function showing up with liquor and myself.” But this year is different: “Since you came along, this ain’t a lonely Christmas song,” she sings on the chorus, the whole arrangement suddenly becoming merry and bright. ZOLADZ

The bluegrass banjo player Tony Trischka wrote “Christmas Cheer (This Weary Year)” years ago for a song cycle about the Civil War, with lyrics envisioning soldiers during a holiday cease-fire: “Let us still our guns and dry our tears, friends and foe alike.” This quarantine year gives new resonance to its chorus: “Christmas cheer this weary year, not like the last you know/Hopefully by the next we’ll be united with our families back home.” The guitarist Michael Daves sings the lead vocal accompanied by virtuosic picking, with a coda of elegant string-band counterpoint. JON PARELES

Sam Smith promises comfort, safety and happiness in “The Lighthouse Keeper,” a modern hymn that summons a cappella harmonies, a string section and subdued timpani. As Smith vows, “Don’t resist the rain and storm/I’ll never leave you lost at sea,” the cadence hints at “Good King Wenceslas”; perhaps that’s why they included the lines about “Hoping you’ll be home for Christmas time” for a song that offers far more than a seasonal visit. PARELES

Finneas’s Christmas song is decidedly secular: “I don’t believe that Jesus Christ was born to save me/That’s an awful lot of pressure for a baby,” he croons over cozy parlor-piano chords. Instead, it’s a seasonal love song, oddly tinged with uncertainty and pessimism; he proclaims his love, but adds, “I hope it lasts another year.” PARELES

girl in red, ‘Two Queens in a King Sized Bed’

The holiday offering from Marie Ulven — who records as girl in red — sprinkles the dusty reverb of indie rock with enough saccharine chords to make you mindful it’s December without distracting from the song’s true purpose. That would be love, which she gently sings about with lyrics that merge the damp desperation of intense attraction with the wry lingo of holiday capitalism:

Alessia Cara released “Make It to Christmas” last year as a Phil Spector-style buildup, with drums kicking in for the chorus. Her “stripped” remake brings out the song’s underlying despair. She knows her romance is falling apart, but she just can’t bear the thought of being single during the holiday: “Don’t have me spending it alone/This time of year is precious,” she begs. The arrangement isn’t that stripped — she still has massed strings, chimes and choirlike backup vocals — but without the drums to propel her, hope fades. PARELES

“Last Christmas at my auntie’s house, I tried so hard to make my uncle shut his mouth,” sings the wryly observant Australian singer-songwriter Julia Jacklin. But her holiday single “Baby Jesus Is Nobody’s Baby Now” is something much more affecting than a collection of Yuletide punch lines about family dysfunction: It’s a musical short story as vivid and specific as any on her excellent 2019 album “Crushing.” Out of materials as simple as a quietly strummed chord progression and her hushed but evocative voice, Jacklin weaves something as unique and haunting as a spider web. ZOLADZ

Mandy Moore, ‘How Could This Be Christmas?’

Slowly swaying, wistful and sweet, “How Could This Be Christmas?” is a vintage-style missing-someone-at-Christmas song. Written by Mandy Moore with her husband, Taylor Goldsmith of Dawes, and Mike Viola from the Candy Butchers, it has piano triplets for a 1950s feel, and a vocal leap up to the word “Christmas” that sounds daring and forlorn each time she makes it. PARELES

“Ya Se Ven las Bombillitas” (“The Lights Can Already Be Seen”) is the latest single released from Victor Manuelle’s 2019 Christmas album, “Memorias de Navidad,” which was just nominated for a Grammy. In upbeat salsa, punctuated by horns and laced by runs on the guitar-like cuatro, Manuelle sings about maintaining traditions through generations: both Christmas decorations and the vintage salsa style he upholds. PARELES

When your music sounds like a bunch of addled tweens’ playtime, making holiday music likely comes naturally. The chirpy kitchensinkcore maximalists 100 gecs’s seasonal entry, “Sympathy 4 the Grinch,” is all about what Santa failed to bring, and the price he must pay for that transgression. It is the highest compliment to say it sounds like a foulmouthed outtake from an Alvin & the Chipmunks Christmas album. CARAMANICA

Pup and Charly Bliss, ‘It’s Christmas and I ___ Miss You’

This wickedly catchy, obscenity-laced collaboration from the indie-rock bands Charly Bliss and Pup certainly captures the feeling of late-2020 exasperation: The Charly Bliss frontwoman Eva Hendricks is “crying on the couch to ‘Elf’ alone,” while Pup’s Stefan Babcock suggests, “We should call it, because this whole year’s been [expletive] anyway.” The video, though, is unexpectedly poignant: Amid clips of the band members recording their parts of the song remotely is archival footage from tours gone by and taken for granted, in much less socially distanced times. It’s a stirring holiday ode to missing your bandmates, or maybe just your friends. ZOLADZ